Your youth group is ready to load onto the bus. There is excitement in the air. With this comes the dreaded question, “are we there yet”?

So what are some great games to help keep the youth on the church bus entertained? Here are 10 church bus games that will help! Who doesn’t like bingo? Travel bingo is a great church bus game. With this game, there needs to be a little preparation ahead of time. Everyone on the bus must have a BINGO card.

Write BINGO across the top of each card. As with any bingo card you will need to make columns. One column for each letter of the word “Bingo” will be needed.

So, when you are finished you will have five columns. In each square, you must write the name of something you would likely pass on the road during the trip. You can use pictures of these objects and places for younger children instead or the written word.

Be sure to place the names of objects or stickers in multiple arrangements so the cards differ from one another. When a player marks off a straight or diagonal row of objects or places the player will yell out “BINGO”.

He then is the winner of the game. Of course, you can exchange cards and play many times. 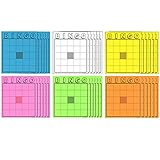 MY FATHER OWNS A GROCERY STORE

My Father Owns A Grocery Store is a game of thought. This should keep your passengers busy trying to get ready for their turn. This is how the game is played. You will start the group off by saying, “my father owns a grocery store and in it he sells ________________ the first player fills in the blank with an item in a grocery store that begins with the letter “A”.

The sentence, “my father owns a grocery store and in it, he sells _____________ is repeated again with the next player coming up with an item in the store that starts with the letter “B”. The game continues and when a player cannot think of an item for his letter within 10 seconds he or she is out of the game.

GUESS WHAT I AM

The first player will begin the game by deciding what they are. This can be a person, place or thing. After this, the other passengers begin to ask him or her questions about who or what they are to gain clues to solving the puzzle.

Questions may include for example, can you talk, are you red, can you walk, etc. The person who guesses correctly is the next to think of what they want to be.

PASSING THE SHOE BACK

Everyone loves this game!  It is incredibly simple and lets them move around without getting up.  You can use a shoe or any other item that will not cause accidental injury.

The side that gets the shoe to the back row by only passing it first wins.

This game involves using the letters in the Alphabet to find billboards, road signs, vehicles and such that begin with that letter. When someone finds an object or place they yell out their find. Then the search is on for something that begins with the next letter up.

I spy is a well known and loved church bus game. This game is perfect for the church ride on the way to camp. The game is very simple. The passengers will take turns locating something by sight, on the bus.

Then they will say “I spy” something __________. (example, I spy something blue). The first person to guess what it is and answers correctly gets the next turn to be the spy.

Playing Bible Trivia is a way to review Bible stories with the group. Of course, the questions must be geared to the age group you are working with.

Small children will be able to recall the children s Bible stories they have learned and older kids can have added difficulty to the questions. Hand out small prizes when there is a correct answer. This can be something as little as a piece of candy.

It isn’t necessary to stand up to play Simon Says. The leader of Simon Says begins to request various actions form the passengers on the bus to complete, but only if they hear the words, “Simon Says” before the request is made.

Those who do what is requested by the leader without the words “Simon Says” preceding the request are out of the game. We all know this game well. When on the bus, make requests that can be completed sitting down.

This is a church bus game of memory is a better fit for older kids and teenagers. The way the game is played is as follows. One person starts by saying a name that begins with the letter “A”.

The next player has to REPEAT what the last player said and then say a name that begins with the letter “B” and so on for each player. Each time the next player must repeat all the names giving before he comes up with a name for his letter.

When a player misses one of the names he is out of the game.

Scripture Quote is a game for those kids who know many Bible verses. This is good for those who have been involved in clubs or classes such as Awana where memory work is the core of the program.

The leader will quote a scripture verse from the Bible leaving out one word. The players are to come up with the missing word from the passage. Special thanks to Mt. Morris Camp & Conference Center for making this article possible.