You’ve planned the most amazing retreat ever. The only problem is people aren’t communicating as much as you’d like.

Organize an exciting game where attendees can introduce themselves in a fun way.  Using one (or both) of the games below will serve as the perfect icebreaker for your next ladies, mens or youth retreat. 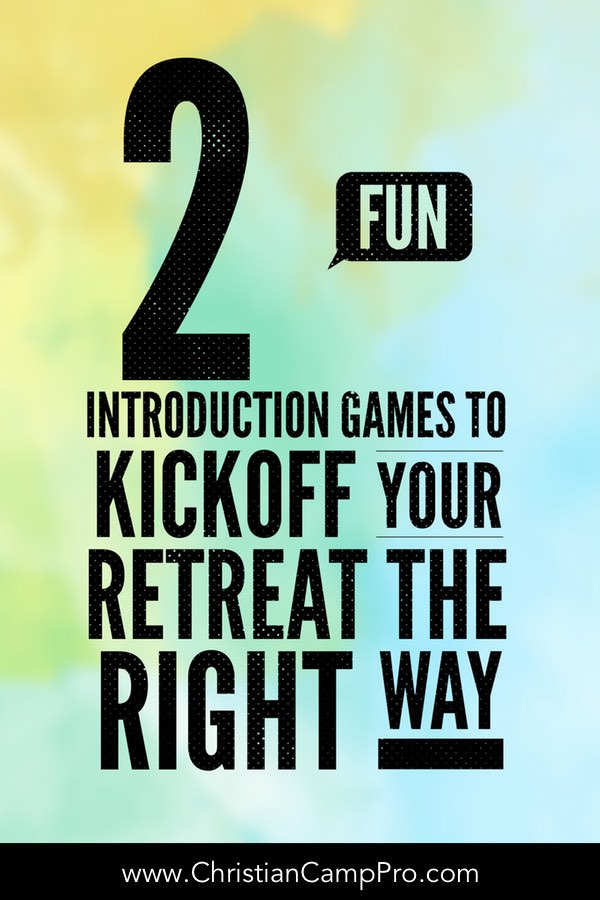 This fun and completely random way for everyone to introduce themselves combines the childhood eagerness of throwing paper balls while relieving the anticipation of having to think of something to say about yourself on the spot.

Here is the setup for everyone:

You may also add a general question that everyone would answer before answering the random one from the paper ball.

Random questions could include:

What is your favorite hobby?
Have you ever been outside of the country? If so, where?
What did you do two hours before coming to this retreat?

This active game is loads of fun, and you will learn more about the people playing than you ever thought possible. It can literally go on endlessly.

Here is the setup:

If 30 people are playing then 29 chairs are circled and the 30th person starts the game off with an introduction like this, “Hello my name is (Insert name), and (Insert Statement).”

The people who relate to the statement have to jump up and claim a chair that isn’t their own.

In the case of the my example above, everyone with Twitter accounts (including me) would jump up and find a seat. The last person standing would then continue the cycle stating their name and a statement.

Introductory statements to use could include:

My challenge for you

Special thanks to Oasis Christian Center in Franklin KY for sponsoring this article.