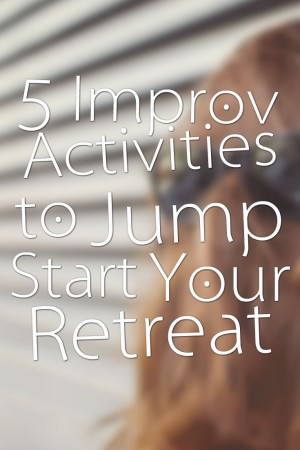 In this game, participants will write down on thin strips of paper, a person, place, or a thing. The papers will then get folded in half two times. The folded strips of the paper will be placed inside a balloon. The balloons will be blown up and the ends tied. The balloon will go in the middle of a group of participants, and one of the participants will choose a specific balloon. They will then pop the balloon to discover the piece of paper inside. They will then act out whatever is on the piece of paper that they found in the balloon. When any player correctly guesses what is being acted out, they will be the next performer.

This game is a skit and it involves one spinning and three (or however many you would like) non-spinning participators. One of the participants will spin in circles as fast as they can 10 times. While they are spinning, the other two mediators will begin to improv whatever it is that they want. This could be dancing, acting out a skit, etc.  When the person spinning finishes 10 cycles, all of the participants will then yell FREEZE. Then, the other participants will be frozen in whatever action they were performing. The person who was spinning will now tag one of them to go to the designated spin area and spin 10 times. Continue the game for as long as you would like.  You will find the improv actions of the participants get funnier and funnier as they get dizzy.

In this game there will be two actors, and they will be labeled as the jokers. The rest of the group will be called the immobile bovine, and will have to lay on their backs.  The jokers will then have to walk to each bovine to make them laugh, but they cannot touch them. When a bovine laughs they will become a joker and the game goes on until only two bovine are left.

In this game the participants will perform any scene that they want. They will exaggerate movements so that it seems more entertaining. When the audience wants, they can tap one of the people on stage. When they tap that person that person must freeze in whatever action they are performing and then they will leave the stage. The person who tapped them will then take that person’s place, and they must be in the same action that that previous person was performing. He/She will perform a skit based on that action. The other actors must continue to perform whatever skits they were initially doing.

Special thanks to Eagle Rock Retreat Center of the Christian Retreats Network for sponsoring this article. 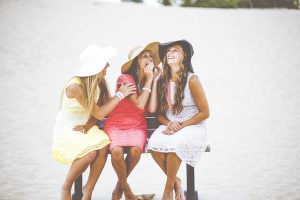 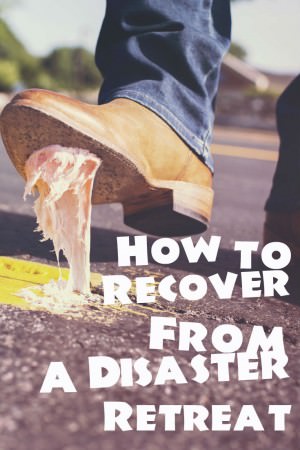