If you’re a drama queen or king, these games will definitely suit your need to perform.  These are creative drama games that are fun to do and to watch!

Let your passion for acting shine in front of a live performance.  There is never a dull moment when playing any of these super fun drama games.   Steal the spotlight and be the center of attention! 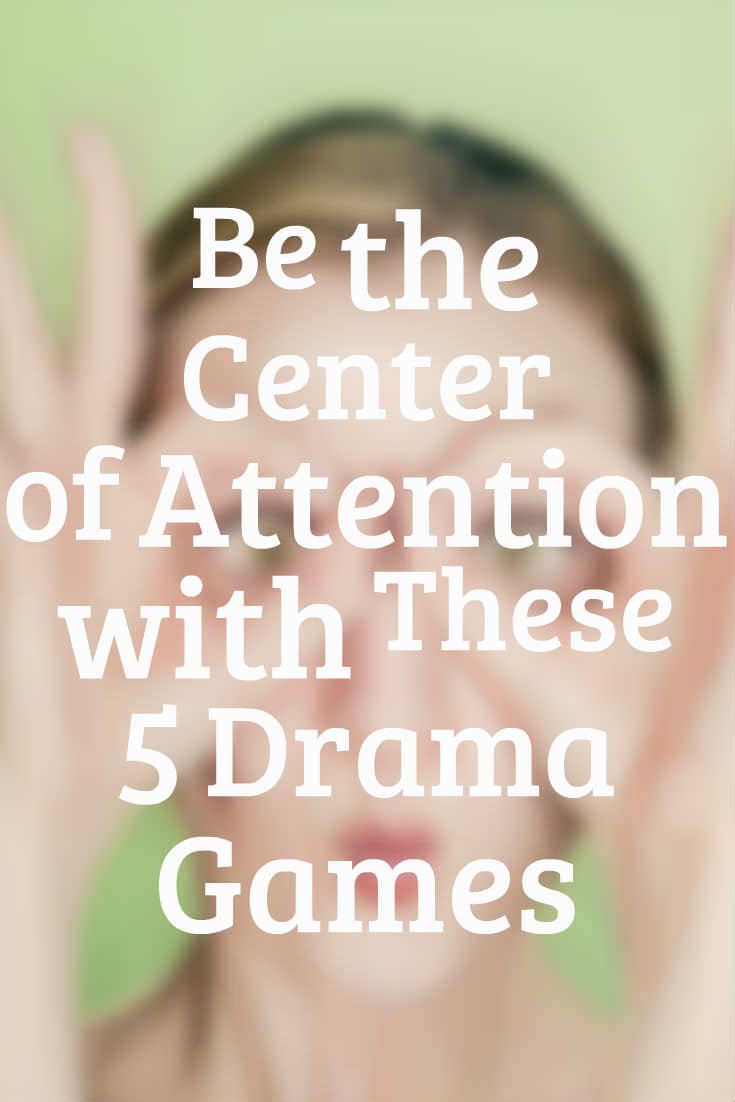 Improvisation drama games are the best!  In this one you will have the participants will listen to music and dance.  When the music stops, they will all freeze in a creative pose or action.

Here, two of the participants will be “on stage” while the onlookers choose a topic.  The two people will have to discuss that topic for their audience at the same time.

The audience will then hold a vote for the person who made the best speech about that topic and decide who held the crowd’s attention better.

This game will have all participants organized into specific teams of 3 people each.  One person on each team will have a card with something on it.

The person holding the card has to describe what’s on the card to their other teammates without giving away the object or writing on the card.  This will mean that they must possess great description skills, in order to help their team guess quicker than the other teams.

This game consists of all campers being split into groups of 5 to 12 people.  The groups will have a bag of props assigned to them.

The groups will have one hour to utilize the props and come up with a skit that makes use of all of the props in their bag.   The interesting thing is that all groups have the same props but the group to make the best skit wins!

They will also get points for using a camp theme and being really creative with otherwise ordinary props.

Why not combine introductions and dramatic games with icebreaker drama games?  In this game, there are groups of 2 teams, and there are two safety zones.  These zones are in a middle area, and in each of the team’s areas on one side.

The teams will quietly discuss whether they want their team to be a giant, an elf, or a wizard.  The wizards put their arms stiffly out in front of them and wiggle their fingers, the elves make their ears pointy using their fingers, and the giants lift their hands over their heads.

When the teams have made their decision of the character they would like, they stand in the front stage area and make the action that goes with their character while standing face to face.   The elves beat wizards, the wizards beat giants, and the giants beat elves.

So the teams will chase the characters that they have beat to tag them before they end up in any of the safety zones.  If someone gets tagged, they will now become a character of the team that tagged them.