Couples’ retreats are far more than an up-and-coming trend. They have been a true blessing to countless couples over the years, and it’s easy to see why. They are a great way for spouses to simply get away from everyday life and focus on nothing but God and each other. Unfortunately, many couples are on the fence when it comes to the idea of attending a marriage retreat, and some are even downright opposed to it. This reluctance isn’t without a basis, of course. 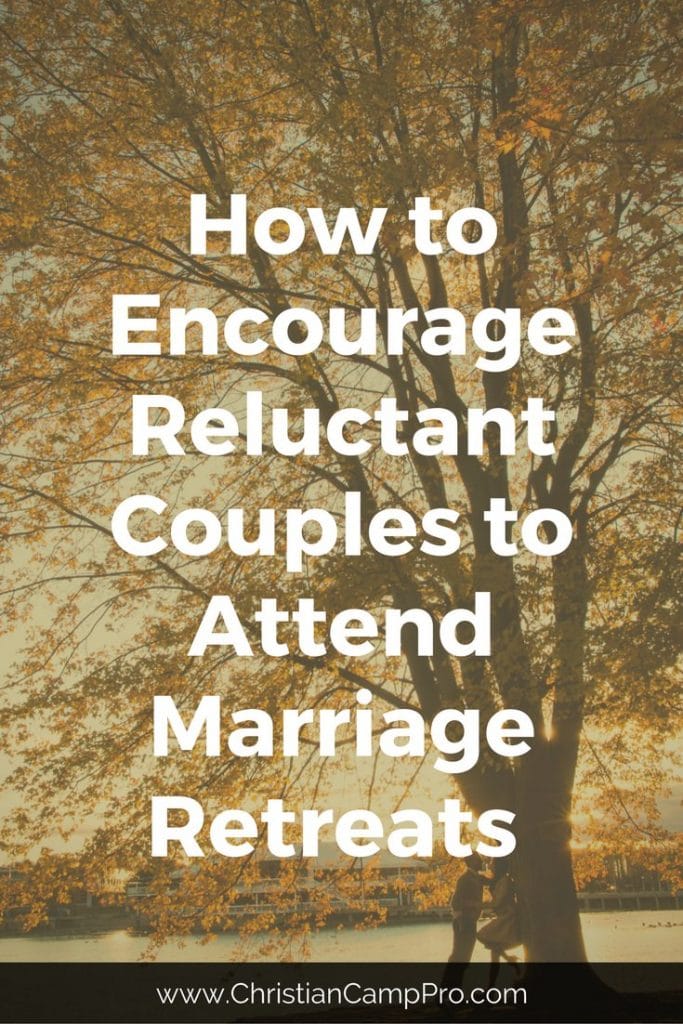 The “In Battle” Couple

Some couples are against the idea because they are going through a difficult time and just don’t feel like it will help. Maybe they’ve been hurting for a long time and can’t stand acting like everything is fine when it is clearly not. Or maybe they’re afraid of being vulnerable and opening up to other couples who are ‘clearly’ better off than they are. Sadly, some may not want to go for fear of being judged by the people who are supposed to love them.

On the other hand, some couples feel that their relationship is ‘good enough’ and that a retreat isn’t necessary or relevant. Their reasoning is the exact opposite of the view we just discussed. They have this false premonition that couples’ retreats are only for couples who are on the verge of falling apart or are in dire need. They’re afraid that if they attend, people will somehow think less of their relationship and begin to guess at their nonexistent problems.

The Truth of the Matter

But the truth is, retreats are beneficial and applicable to everyone, and perhaps professing that is the best way to encourage reluctant couples of all backgrounds to attend. We need to present retreats as completely open to everyone, not just a specific group. Retreats are just as important for broken and hurting people as they are for happy and ‘whole’ people. They serve as a much-needed reminder that couples should always put effort into a God-centered relationship, even if they are married – especially if they are married.

And one thing to keep in mind as you explain this to potential attendees is this: we are all flawed in some way. Just as there is no such thing as a perfect person, there is no such thing as a perfect relationship. No relationship is above the guidance of the Word of God, which never ceases to be relevant. All in all, just encourage these skeptics to forget all their pre-formed beliefs about couples’ retreats and simply give it a chance. At their core, couples’ retreats allow two people to have fun while rekindling their love for each other and for Jesus. Who could argue with that?