If you haven’t heard of this game, it’s all the craze, and I can guarantee your youth have.  It’s called Gaga ball, but what is Gaga ball? 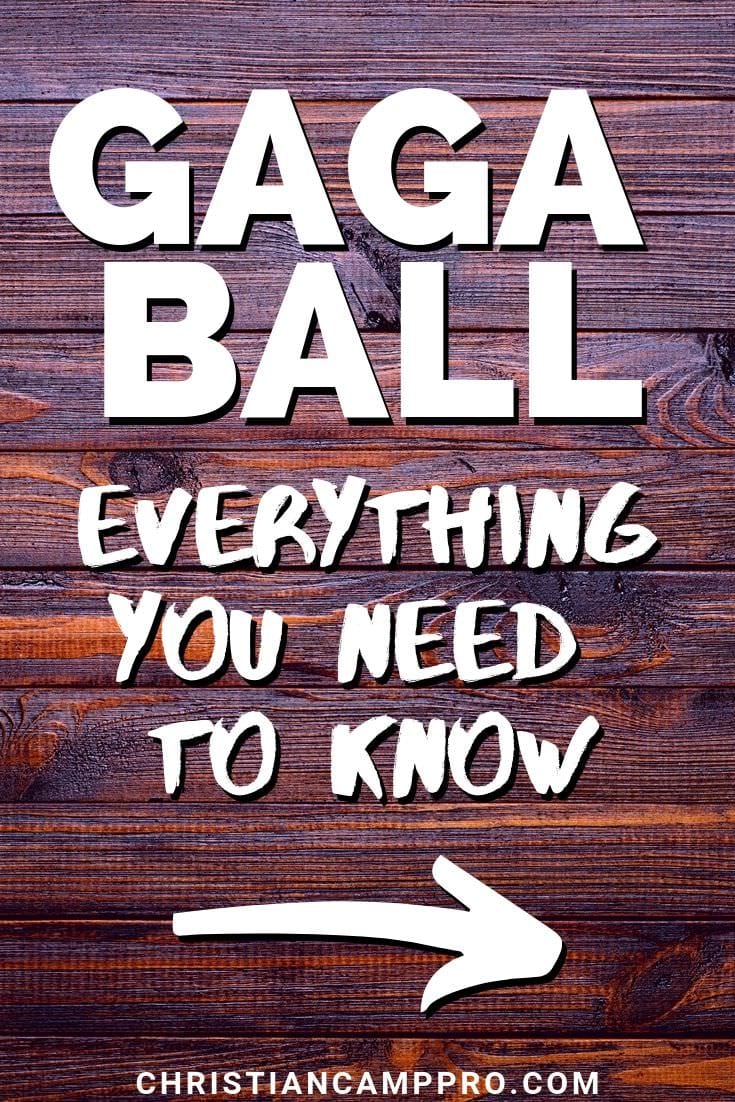 It’s a game played in a pit that is similar to dodgeball.  The game originated in Israel and gets its name from the word “hit” or “touch” which is “ga” in Hebrew.

It is a very fun game that’s simply played with a ball and in an enclosed space called the “pit”.  The best part is that it can be played by both kids and adults and there can be any number of players within the pit.

The game’s main objective is for players to hit other players with the ball while avoiding getting hit.  Players that are hit with a ball will be eliminated from the game at that point.  Players hit the ball with their hands and gameplay requires ball hits to be below the waist.

How to Play Gaga Ball

The game of Gaga ball is a high energy, fast-paced sport involving any amount of players and tends to be a lot more fun with more players. They call it the kinder version of dodgeball as the ball used is a soft foam ball.

Players are required to dodge the ball, run, jump and strike while trying to hit their opponents below the waist with the ball. Players have to keep moving to stay in the game.  As a side effect, the players end up getting a really good cardio workout.

The game is so much fun that it can get addicting real quick! If the game is not moving fast enough you can up the tempo by adding a second or, dare I say, a third ball to the pit to start getting more people eliminated. When everyone is eliminated, the last man standing is the winner and you can go ahead to start another round.

What are the rules of Gaga Ball?

Gaga ball is quite simple, with very basic rules. Players enter the pit (you can have as many as you like). Add music if you would like and enter one ball into play. Anybody can grab the ball during play and try to hit someone to eliminate them from the game. Just remember the ball must be thrown below the knee (or waist).

Most Gaga games last around 5 minutes, but they can make for hours of fun when played repeatedly. These are the basic rules, but Gaga Center adds these official Gaga ball rules:

What are some other Gaga Ball variations?

There are several variations to Gaga ball that can help you keep up the tempo and keep the game fun and interesting.

How do I build a Gaga Ball Pit?

You can make your own Gaga ball pit if you have space, materials, tools, and the handiness to carry out the task.  Here is a list of items you will need to make your very own Gaga pit:

Purchase and sort all your materials into individual piles, ensuring you have all the necessary materials to complete your projects. Follow the Gaga ball pit instructions in the video to help you make your own.

DIY How to Build a Gaga Ball Pit

The game of Gaga ball is quite popular and originated in Jewish camps in the 1970s. The game has recently resurged in summer camps, schools and youth activity centers. It is believed that the game was brought to the US by Israeli camp counselors working in US Jewish summer camps.

Children that learn the game are spreading it to their friends and family members even the adults. Because of the ability to include large amounts of people, the game is a great choice for family gatherings and more. Both children and adults can play the game making it very versatile.

As a variation of dodge ball, Gaga Ball is also known to some as Israeli Dodgeball, Panda Ball, Ga-ga ball, and Octo-Ball to name a few.  It is a fun game to play and it is super easy to learn and play.