First, you may have heard this game also called The Snow Ball Fight Game, but I have changed the title to relate to what it really is plus adding the word epic makes everything better! So, now we have “The Epic Paper Ball Fight Game.”

I don’t know why, but we all love throwing paper balls at other people. For this reason, your campers will love this game! It allows them to throw as many paper balls as they possibly can at another team. 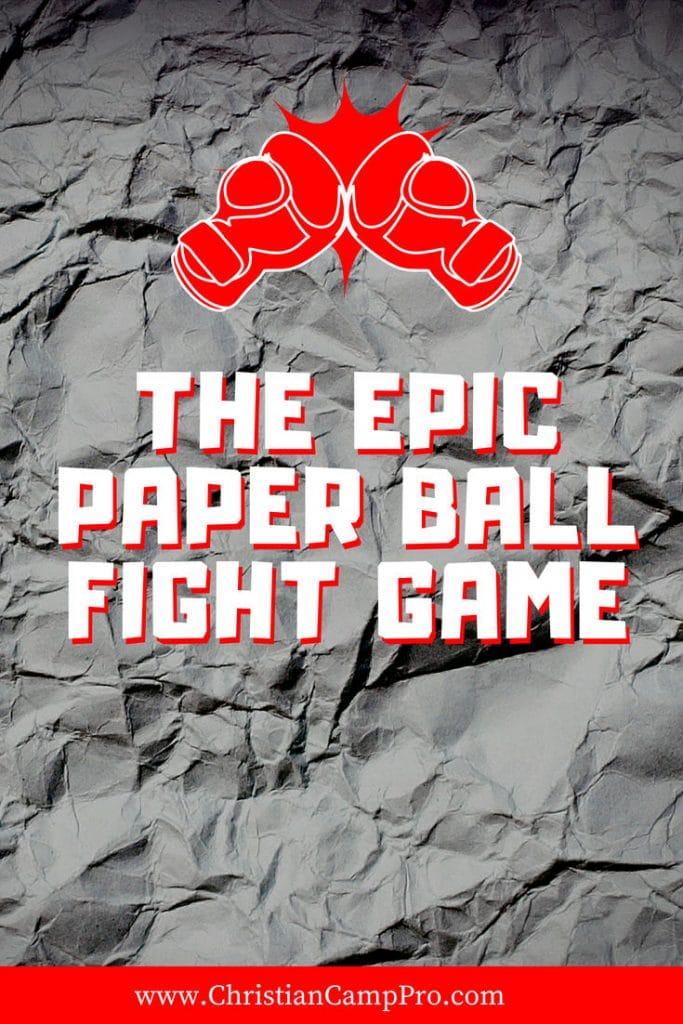 Simple as that. The object of this game is to have as few paper balls on your team’s side as possible.

Depending on the number of players you have at your Christian camp, you may opt to have multiple teams. In this case use a dry erase or chalk board to create a bracket system similar to Basketball. Allow the teams that win to face off with other winning teams until there is one clear Paper Ball Fight Champion. This game is a must for any Christian camp. I also recommend you play this game a day after the Paper Toss Introduction Game because it compliments it perfectly. Here is why, as you know the Paper Toss Introduction Game requires campers (or retreaters) to write down a question then throw it to the front of the room. Well, after that game is over have someone collect the paper balls and you already have that many more for your Epic Paper Ball Fight Game.

Have input? Let us know your thoughts and suggestions in the comments below.