Everyone has a role model: someone they look up to and respect and admire. We draw inspiration from our role models. We mimic the way they dress and the things they do and say. Rather than looking up to Reality TV stars, music icons or politicians, perhaps we should model ourselves after people who were godly leaders of strong moral character. This Wonder Women of the Bible retreat theme is a way for women to connect with real-life heroes who were fierce leaders, devoted friends, and fearless defenders of the faith.

4 Deborah, a woman who was a prophetess and the wife of Lappidoth, was judging Israel at that time. 5 It was her custom to sit under the palm tree of Deborah between Ramah and Bethel in the hill country of Ephraim, and the Israelites went up to her for judgment.

Deborah was one of the judges of Israel tasked with hearing complaints and legal issues from the people. The people of Israel came to her seeking wisdom in these matters and she gave great counsel to them. She was so trusted that Barak, the current ruler of Israel, refused to go to battle without her. Her gifts of wisdom and prophecy gave Israel’s army victory over the Canaanites.

Esther: Fearless Queen and Protector of the Jews

14 If you keep silent at this time, liberation and deliverance will come to the Jewish people from another place, but you and your father’s house will be destroyed. Who knows, perhaps you have come to your royal position for such a time as this.”

Esther had no dreams of being a princess when she was growing up. Like most young Jewish girls of her time, she probably just dreamed of getting married, having a family and keeping a house. However, God had other plans for Esther. When the Persian Queen displeased the King, she was banished and a new queen was sought. Esther was chosen and placed in a position that could save her threatened people. Speaking out was incredibly dangerous for her and could have meant death. She bravely took a stand, exposing the misdeeds of the treacherous Haman and saving her people from annihilation.

16 But Ruth replied: Do not persuade me to leave you or go back and not follow you.
For wherever you go, I will go, and wherever you live, I will live;
your people will be my people, and your God will be my God.
17 Where you die, I will die, and there I will be buried.
May Yahweh punish me, and do so severely, if anything but death separates you and me.

Ruth was not a Jew by birth. She was from the land of Moab which was known for its idolatry. However, after the deaths of her husband and father-in-law, she decided to follow her mother-in-law, Naomi to her hometown of Bethlehem. She left her family, her home and her gods in order to remain loyal to Naomi. At Naomi’s side in Judah, she found hope in the One True God as well as restoration and redemption.

What better way to gain wisdom than through the scriptures? This adorable and easy-to-make Wise Owl is a great way to remind ladies to seek out Biblical truths for all of life’s tough questions. These are easily customized and can be made from a variety of materials.

Keep your Bible passages marked with this pretty and functional craft. Follow the simple instructions in the link for threading the ribbon. You can use any color of ribbon or string. Write the passage from Ruth 1:16-17 on the back of the bookmark in order to remember Ruth’s devotion and unwavering friendship.

This craft is an imaginative way to upcycle old CDs into something useful and meaningful. Attach the printable clock faces to old CDs. Write or print the words from Esther 4:14 (“For Such a Time as This”) on the clock faces. Cover with sealant and use them as coasters or wall hangings. You can even attach inexpensive clock workings onto the CDs and have a working timepiece!

This is a great game to break the ice and get ladies talking at the beginning of your retreat. Hand out the bingo cards and markers and give the ladies time to mingle and ask questions. As they discover fun things about one another they can mark off the activities on their boards. The first person to fill in a line (or the whole board if preferred) wins a small prize.  You can also create your own with this blank BINGO template.

During Esther’s intensive training she no doubt had to learn to walk like a queen. Have your ladies experience this by diving them into teams and giving them an object like a book, piece of fruit, or a cup of water (if you’re really adventurous) to balance on their heads. Each team will send their members one at a time down a walk-way or obstacle course of orange cones. The first team finished wins.

This game is a fun spin on the classic game and is perfect for demonstrating Ruth’s willingness to follow Naomi anywhere she went. The group follows a “leader” but a chosen “guesser” must closely examine the movements of the group to determine just who the “leader” is!

For this game, prepare a number of questions about Deborah, Esther and Ruth ahead of time. Begin with easy questions and then make them progressively more difficult. If a lady answers incorrectly she is out. The last attendee standing (or who has the most correct answers) wins. You can divide up into teams as well and play Trivia style.

Being a leader often means growing your faith to be greater than your fear. These pretty knot bracelets can be made or purchased ahead of time and given out as take-home gifts or door prizes. You can also use them as a simple supplementary craft.

Television, movies and media may not supply ladies today with great role models to admire and emulate. However, the Bible is full of women who faithfully followed God and were selfless and brave. A Wonder Women of the Bible retreat can be a great way to acquaint ladies with these worthy role models and teach them that they can be strong, devoted and fearless women through Christ. 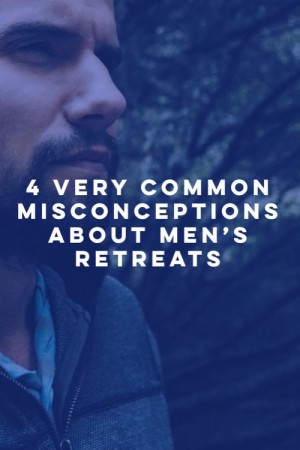