It starts with a great escape game master briefing the team on the objectives, giving them the back story in as much detail as is relevant to the escape, and locking the team in the room.

The team must then find the clues, interpret the clues, solve whatever puzzles need solving, and take whatever action is dictated by the clues or the answers to the puzzles. 3 Escape Game ideas to build from:

Escape rooms can be very complicated or they can be relatively simple. For a youth camp, the room should require a minimum amount of construction.  These games enhance weekends when paired with a specific theme such as this Secret Service youth camp theme. The first, and simplest game, requiring virtually no props, is fully dependent on logical thinking. Three people are left in a room with two doors.

In front of each door is a guard, a rather large unfriendly looking guard. There are two doors on opposite ends of the room.

A note warns you there is a very hungry man-eating tiger behind one door and a Little Caesar’s Pizza delivery guy with a sausage and mushroom pizza and cheese stuffed breadsticks behind the other one.

There is nothing to indicate which door the tiger is behind. Whichever door you decide to open cannot be closed once it is selected.

You are also told that one of the guards always lies, and the other guard always tells the truth. But you are not told which is which. If you ask a guard a question, he will answer it.

You simply don’t know if he is lying or telling the truth. But the catch is, you are only allowed to ask one guard, and one guard only, one question.

How do you choose the door to safety?  What question do you ask? 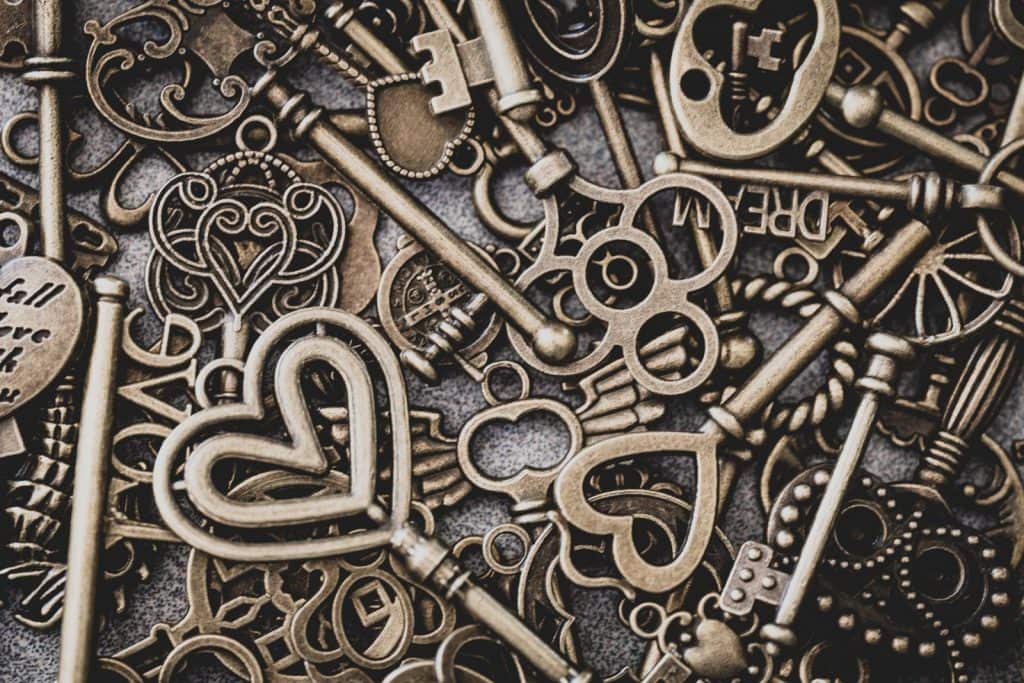 You have been caged by an eccentric zookeeper. As he is leaving the area, he informs you he will be releasing a lion into the cage in an hour.

He has left you seven keys to unlock the seven locks on your cage door. You must find all the keys using clues in the room.

There are various box puzzles and riddled questions that require puns for answers. These boxed puzzles and answers provide valuable information on key locations.

For example, one riddle/pun might be “This bird and an airline pilot have one thing in common. They’re high flying.” The answer to this exercise is the eagle. And of course, a key is hidden under the wing of the statue of an eagle.

Another clue might come in the form of what has a lot of eyes but can’t see?” The answer? A potato. It turns out one of the keys is embedded in the potato with the hole out of sight.

The team has to use its experience, mastery of riddles, and critical thinking to find the keys before the lion is released in their cage. A final escape room idea has four additional people in the room with the team. In ten minutes, because of a serum he or she took, one of the people will turn into a zombie. None of the four people know which of them has been infected.

Your team has to figure out which is the pre-zombie and use handcuffs the suspect to a pipe in the room. If you’re wrong, the real zombie is in the room with you.

Clues are placed about the room indicating who the real zombie is, or perhaps more importantly, who the zombie isn’t.