Planning a successful retreat takes time, adequate planning, many hands, and a lot of brainstorming.  And to put it frankly, it’s not as simple as it seems.   Regardless of what type of retreat you are planning, people are expecting to leave with inspiration and great memories.

But, what happens when disaster strikes?  How do you recover from a disaster retreat? 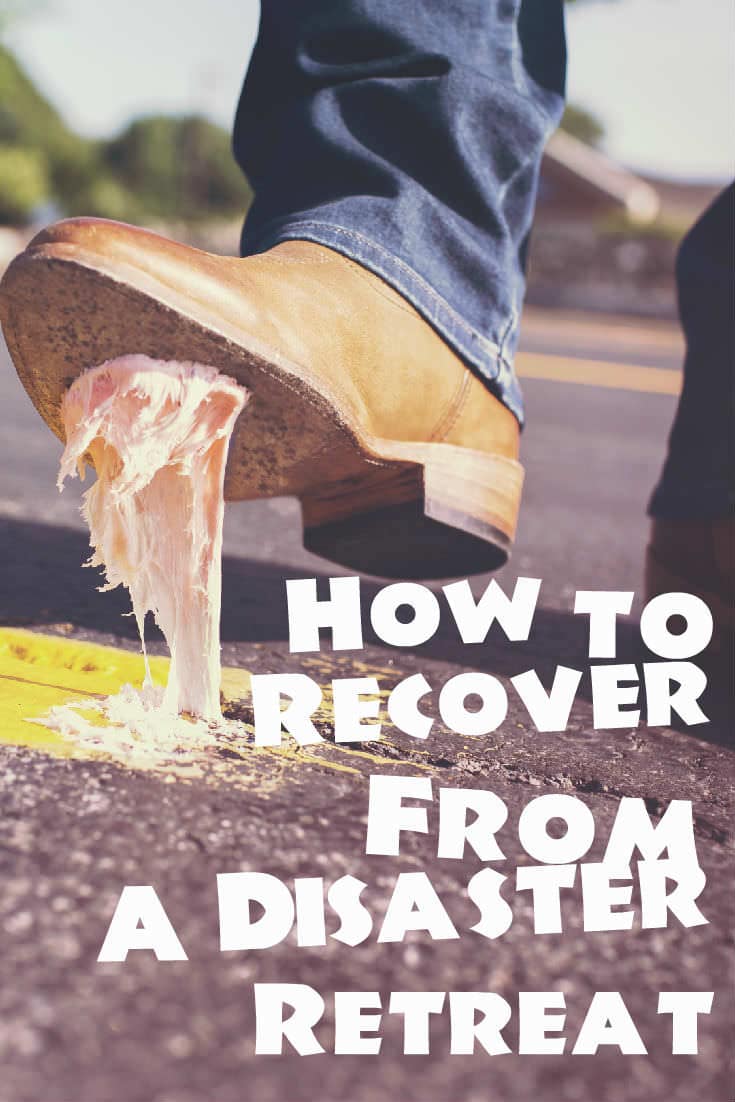 Now the fact of the matter is that no matter how much you planned and organized such a large event, hired the right number of staff, dotted all your I’s and crossed all your T’s, there is still the possibility that things could go awry.

So what happens if they do?  If plan A was shot down, plan B crashed and burned, and the ship was no longer sinking – it sunk!

Here are a few important things to remember when recovering from a disaster retreat:

It Could Have Been Worse

Take a piece of paper and draw a line down the middle, on one side list everything that went wrong, down to the slightest detail.  On the other side beside each thing, write something worse that could have happened but didn’t.

This will remind you that the mountain you believed you fell from was really an ant hill.  It will make you feel better, I promise because even if your welcome speech was a bit dry, you could have tripped on your way up the podium.

Just saying – made you feel better already didn’t it?

You Are Your Biggest Critic

Remember that you are your biggest critic, and you will notice negative things about yourself or the retreat that you have planned before other people even notice.

You may be ruminating over tiny insignificant mistakes, when the only person at your retreat who noticed, was you.  Don’t play up your failures without recognizing your successes.  Be easier on yourself!

Now congratulate yourself on making occasion mistakes, because you know what that means?  You’re human! Yes maybe your retreat may not have bombed if you were a robot programmed for perfection, but you’re not, and no one is holding it against you.

Learn From Your Mistakes

In every lesson is a blessing.  Have you heard that saying before?  What it means is that pretty much every setback, misstep, or failure, is a lesson waiting to be learned.

We could become discouraged or we could become determined to take note of everything that went wrong and make sure it doesn’t happen again.  Consider it a valuable second chance and give it everything you’ve got!

It’s Not the End of The World

Just because you feel bad now, doesn’t mean the world is ending and your life is over.  Don’t give up just yet! Stay positive and focused on the next retreat which you will aim to make better than the previous.

Put your focus on what you are about to do, not the past mistakes that you can no longer change.  You will automatically feel better when you right all the previous wrongs, and receive praise from your attendees on what a great time they had.

Don’t let the past get you down when the future is full of opportunity!

Special thanks to Tuscarora Inn & Conference Center for making this article on how to recover from a disaster retreat possible.